Cancer Has Made Me a Bigger (But Still Shallow) Person 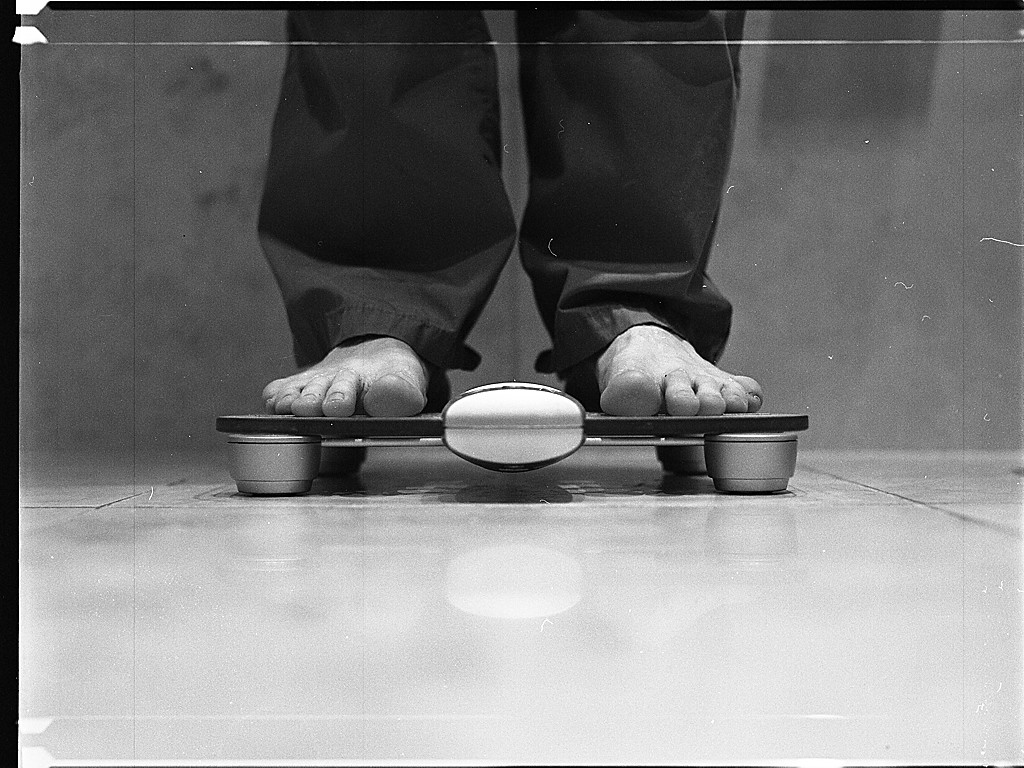 There’s a book titled “Cancer Made Me a Shallower Person.” I haven’t read it, but the title made me laugh. Sometimes having cancer makes me have very deep thoughts about the purpose of life and what comes after, yada yada yada. But, almost as often it hasn’t. I still snap at my family members when I shouldn’t, I still curse under my breath in traffic, and mostly annoyingly, I still struggle with my weight and body image.

Like most women raised in this country, I have fallen victim to equating a significant part of my self-worth to my physical appearance and size. A fit athlete from childhood, I was never really overweight, yet I started dieting in earnest by high school. College took a toll, with the predictable “freshman 15,” which I mostly recovered from just in time for the “junior year abroad 20,” which I also eventually recovered from. I am not a naturally lean person, I have a more curvy shape. I clearly come from shtetl stock, built to withstand famine and nurse a gaggle of children. Almost all the women in my family have struggled with obesity (with the exception of my mother, who’s tall and thin, of course, because God’s a freaking comedian). Yet, between a combination of eating a mostly healthy diet, and exercising rigorously almost every day, my body came to a reasonable set point.

Some people call me brave for facing cancer. That’s not brave, I didn’t have a choice. This is brave: I’m about to post my weight on a public blog. My set point for adulthood, prior to my cancer diagnosis, was between 145-150 lbs (I’m about 5’4”). Of course, I always wanted to lose 5 or 10 lbs., and on occasion, if I spent months tracking every morsel I ate, I could get down to about 140, but I hadn’t seen anything much lower than that since I wore my size 4 wedding dress in 1997. 150 was kind of my “red line,” anything much beyond that and clothes wouldn’t feel comfortable. A few days of cautious eating and I could easily get back into my comfort range. My body just wanted to be in that 145-150 range (and there’s a fair amount of evidence that set points are real). Medical charts would tell me that 150 was barely acceptable, flirting with the “overweight” zone, but the truth was, I was quite healthy there, an easy size 8, teaching 5+ indoor cycle classes a week, as well as yoga, pilates and strength training.

And then came cancer. The weight roller coaster ride I’ve been on for the last two years makes previous see-saws look tame. Some people lose weight when they have cancer, but not this balabusta. Even 8 months of chemo barely budged the scale, but when I switched to my targeted drug, Xalkori, the fun began in earnest. Weight gain is a known side effect of Xalkori, but I didn’t experience that initially. Instead, I went through months of nausea hell, vomiting many times a week (much more than chemo). The oncologist got concerned when, after about 6 months on Xalkori, my weight plummeted to 129. Yikes. It was scary, because even though I was enjoying sliding into my skinny jeans, dramatic weight loss for cancer patients can be a very bad thing.

Since I don’t tolerate most anti-nausea drugs like Zofran or Compazine very well (and probably also because months of endless nausea dampened my spirits some), the oncologist put me on another drug called Remeron. Remeron is an antidepressant that also happens to hit the same receptors as Zofran, controlling nausea and stimulating appetite, and boy does that shit work. Remeron + Xalkori + treatment-induced premature menopause has proven to be some sort of unholy trinity of weight gain. (I’ll also cop to a fair amount of chocolate, because, you know, I have fucking lung cancer, and I’m not thrilled about that and chocolate helps sometimes – but I swear it hasn’t been crazy quantities.) Since March, I’ve gained about 50 lbs. For those of you bad at math, that means I’m currently tipping the scales at close to 180 lbs. That’s almost 20lbs more than I was 9 mos. pregnant! WHAT THE WHAT?!?! I had fooled myself for months, avoiding scales and wearing stretchy clothing. But, when the stretchy stuff got tight, I couldn’t hide from the truth any longer. Another myth busted: not all cancer patients wear head scarves, and not all of us look emaciated either. My yoga pants were crying uncle.

I tried to go off the Remeron, but both times I tried, the vomiting returned. I’ve tried to replace it with other drugs and treatments (yes, I’ve tried pretty much anything you’re thinking of recommending to me, and at least half a dozen you haven’t heard of yet), and nothing works except the one that’s intent on fattening me up like a Thanksgiving turkey.

And I have to tell you, I do not cope well with nausea and vomiting. I curl up on the floor and cry. Unfortunately, weighing 180 also makes me want to curl up on the floor and cry. So … shit. I’m trying to pull up my big, progressive feminist, panties and get over it. I should be glad I have an ass at all these days, right? Who cares the size? Shouldn’t cancer help me get past this horribly vain, annoying, trivial concern?

Unbelievably, it does not. I hate, hate, hate that I’m still struggling with my weight and body image when I KNOW better. But, there it is. The 1001st reason cancer sucks -> cancer treatment can make you fat. It’s just another way cancer has caused me to lose control; first I lost control of my body on the inside, and then I lost control of the outside, too. I feel self-conscious and uncomfortable and I sincerely worry that I’ll be a less sympathetic patient to save, or less appealing advocate for my cause.

I’m trying not to let it stop me from living a fulfilling life though. I took my extra large self to Bikram yoga classes over a dozen times in December. I watched my son become a bar mitzvah a couple of weeks ago, and I get to be the tooth fairy for my daughter tonight. And in 2016, brace yourselves people, because this fat ass is about to saddle up and resume teaching indoor cycle classes again.

Thank goddess the teacher’s bike faces away from the mirrors.