Dr. Lucy Kalanithi, Lung cancer advocate and former caregiver
“Lung cancer happened to Paul, but it’s something we did together.”
Twitter handle:@rocketgirlmd 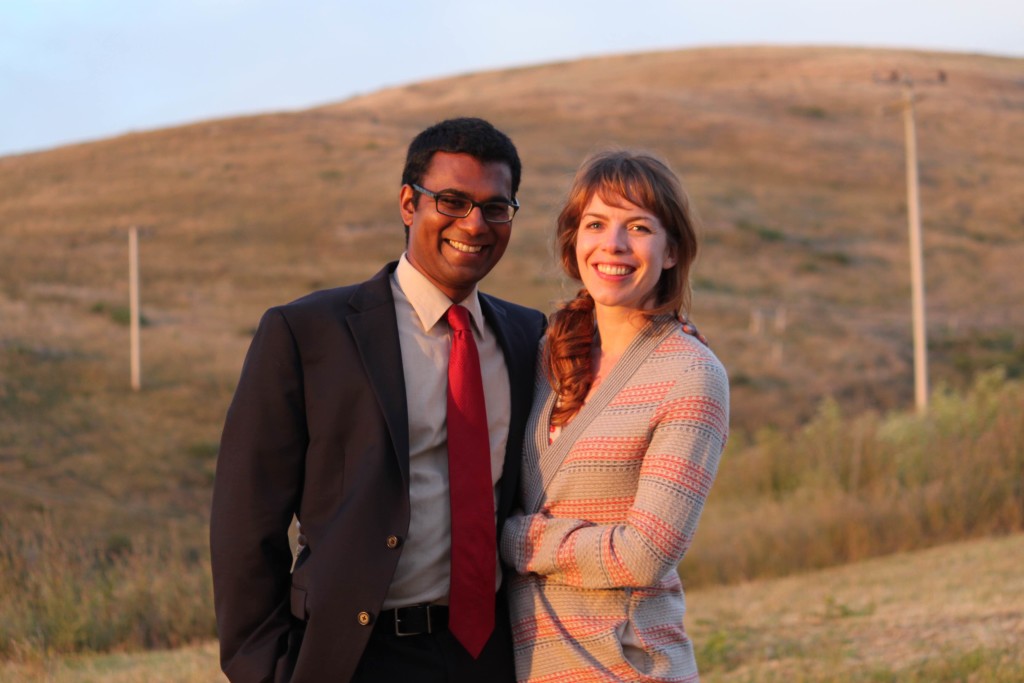 My husband was Paul Kalanithi, a neurosurgeon and writer who was diagnosed with stage IV lung cancer in 2013 and who passed away this year at age 37. Paul and I met and married in medical school at Yale and moved to California together 8 years ago to start our residencies. When he was diagnosed, our top priority (apart from the best medical care) was to clarify what was truly important to us and help him seek meaningful time. That included going back to work and, for him, writing (including the essay “How Long Have I Got Left?” in the NYT and working on a memoir). We’d always thought we’d have a child together at the end of residency and when he got sick, it was about that time. We decided we were still going to do it, despite Paul’s illness. So, I am also Cady’s mom! [Cady was born in 2014, 14 months after Paul was diagnosed with lung cancer, and 8 months before Paul passed away.] She brought us incredible joy.

I’m an internist at Stanford, where I help run a fellowship program studying health care value. I’ve always been interested in how the health care system can best meet the needs of patients. I’m also gearing up to promote Paul’s book, When Breath Becomes Air, which is about facing mortality as both a physician and a patient. I hope it will bring a lot of attention to LC.

What is your connection to the LC community? — Paul had metastatic lung cancer. Also, as a doctor, I’ve had a number of patients with lung cancer and I cared about lung cancer. And, I’m now connected with other patients, advocates, and some really wonderful thoracic oncologists and palliative care doctors.

I really care about LC advocacy and I feel I have an obligation to talk about it. For example, with Paul’s book — it’s all about his experience with LC, and when I’m speaking about his book, I will be mentioning LC and why it’s important. I don’t just want to say “Paul had cancer,” I actually like saying “Paul had lung cancer.”  Just to get it out there and promote awareness.

I’m not sure what I’ll continue to do in the future as direct advocacy. I feel a great affinity for the LC community and the LC mission.

How did/does LC impact your life? — Lung cancer happened to Paul, but it’s something we did together (along with our family and friends). It’s the biggest thing I’ve ever done in my life, the most meaningful thing. Going through those years with Paul and trying to parse out what was important to us, and really understand what was happening, and decide to have a child, that was the crucible of my whole life. There’s a hymn that I really love (Who Would True Valour See), which makes me think of Paul, and one of the lines is “Then fancies fly away.” With metastatic cancer, you are forced to be in the present moment, and you have a different relationship to your future than what you used to have. I am very proud of Paul; I miss him so much. I’m slowly starting to look toward the future again.

What is something readers might not know about you? — I have a twin sister who’s a style blogger (Joanna of Cup of Jo).

What do you want others to know about LC? — The main thing is that supporting research is really important. The underfunding of LC research is a huge issue! I think there used to be, with LC, something like therapeutic inertia, where doctors would think “Oh, we can’t screen for it, we can’t treat it very well…” and I really think that is changing. It feels as if we’re in an upward spiral.

Two facts about LC that are really incredible to me are: (1) that LC is the number one cancer killer — that’s a shocking fact people just don’t know. And then, (2) that a non-smoking woman is more likely to die of lung cancer than breast cancer. I find those two facts really compelling. And finally, that Paul’s risk factor was an EGFR mutation; for other people, the risk factor might be another mutation or tobacco or radon exposure. But nobody deserves lung cancer. Period.

What brings you hope? —

Any thoughts or suggestions for other LC caregivers or widows? —

What are your LC advocacy activities? — The big ones are promoting Paul’s book and Team Draft’s Superbowl Challenge. 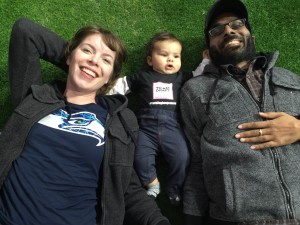 Last year was the first year Team Draft had the Superbowl Challenge. It easy and fun, and we helped raise a lot of money and we had a great time. Each participant could use a pre-made fundraising page and personalize it. As soon as I saw it last year, I thought, “oh my gosh, let’s really try to win this,” because Paul was such a huge football fan. So I thought, “this is like the Paul Kalanithi make-a-wish foundation, there couldn’t be anything better than a lung cancer thing where you get to go to the Superbowl!” So, we ended up winning and got to go to the Superbowl with Team Draft. And that wasn’t the only prize, other winners got to go to other events, too. It was a very positive experience and it also brought attention to lung cancer. Chris Draft is an amazing host. I loved it and they’re doing it again this year. It’s the best! 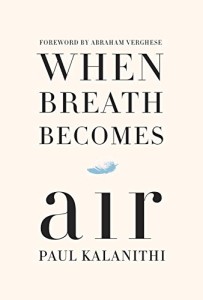 Paul’s book is coming out on 1/12/16. Shameless plug: You can read more about it on http://paulkalanithi.com or preorder it on Amazon (Amazon affiliate link). It’s a memoir about the experience of being both a physician and a patient. It’s about his experience understanding what makes a meaningful life in both of those contexts, despite the fact that we’re all mortal. Or maybe not even despite, maybe because we’re all mortal. It also describes his experience with lung cancer and, of course, brings attention to the fact that young, previously healthy people can get lung cancer. 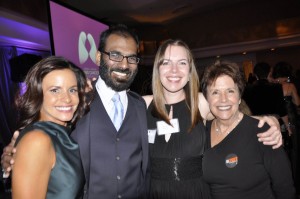 I also really like BALCF and Free to Breathe, both of which offer patient resources and promote great research. I’m really grateful for this community.

Thank you Lucy, it was such a pleasure talking with you!

Each day during Lung Cancer Awareness Month (November), a lung cancer blogger will share a brief profile of someone involved with lung cancer. The person profiled might be a patient, caregiver, advocate, researcher, or healthcare provider.