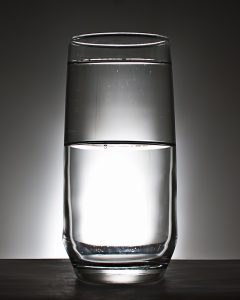 I always sigh when fellow LC patients say “it’s been a rough stretch,” like it’s some kind of aberration when our community loses someone special (or a few someone specials in a row). Death is such a constant in the LC world. While I don’t personally know one or more of the 435 people who die of LC every day in the U.S., there isn’t a day that has gone by in the last 4+ years that I couldn’t tell you about at least one friend who is struggling hard, perilously close. I only post on social media about those I have especially close connections with — if I posted about every single person I knew, my feed would become a medical drama.

My friend Chris died a couple weeks ago. I’d been keeping close tabs on his FB page for a few months as he spiraled downwards. He had enough hail-mary-recovery-from-the-brinks to keep a flicker of hope alive, which made the news of the final passing somehow still a shocking blow to the gut. Which is pretty much how this always goes.

Chris and I had met through our mutual friend Linnea. We had nothing in common. We had everything in common. Mostly, what fascinated me about Chris was his confidence that somehow, some way, he could heal himself. He did everything conventional medicine had to offer (including aggressive clinical trials), and he did tons of alternative treatments as well. He helped me build my confidence in my own healing. It’s hard not to have my confidence shaken after losing a role model like that, YKWIM?

Linnea herself recently shared that she’s experiencing progression (growth of her disease) after a couple years of stability. She’s a long way from the dire straits Chris navigated for the last several months, but she is facing a lot of uncertainty, with no obvious treatment path in front of her. And just earlier this year she had posted that she was feeling so good that some days she even felt like she was cured. Those words, coming from Linnea (a down-to-earth no bullshit gal if there ever was one) struck me hard and validated my own efforts to see myself as healing or even healed.

But, how to hold onto that when the role models stumble? This is my biggest challenge. Not opting for doomsday “sky is falling” defeatism, nor aiming for reality-denying over-optimism, but somehow finding a place in between. Impractical realism? Realistic wishing? I don’t even know what to call it. It’s a path so freshly trodden by those of us in this new category of living extended periods with “terminal” diagnoses, there’s no name for it. What even is “terminal” when some people live a decade+ with this diagnosis and others live only months? That’s more like a never-ending game of Russian Roulette: everybody with this diagnosis just keeps passing a partially loaded gun ‘round and ‘round — some of us are terminal in an immediate sense, some of us may turn out to be no more terminal than every other mortal walking the planet.

When someone dies, or even “just” progresses, I have to remind myself: I am not them. In truth, their health has no bearing on my own circumstances. I am no more or less likely to have good scans in a couple weeks because Chris died, or Linnea and Jim had progression, or my friend Marisa is in the hospital, or or or…. I cannot predict what will happen with me.

Despite my down days, I am strengthening the muscle that allows me, more days than not, to believe in my own wellness. This is different than blind faith or avoidance, which can backfire when reality doesn’t cooperate. It’s not even a “decision to be optimistic.” Instead, let’s call it “inconsistent, irrational, yet responsible and necessary optimism.” I am The Sometimes Optimist.

← The Latest News about the ROS1 Cancer Model Project (Spoiler: it’s Good!)
What I Bought for Black Friday →