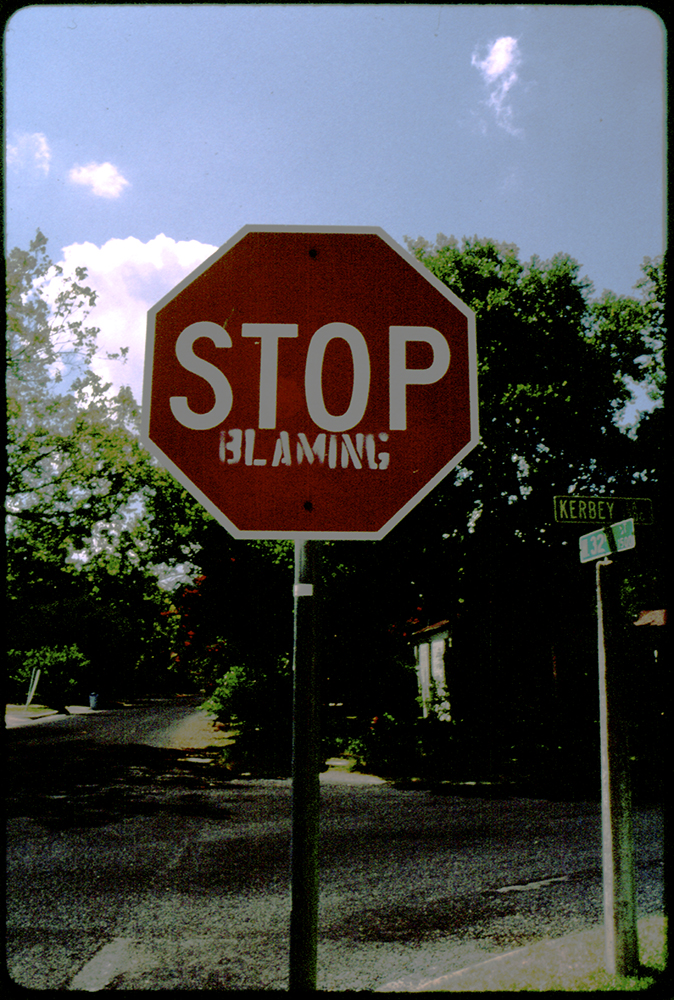 Lung cancer patients regularly bemoan the question that plagues us. The, “did you smoke?” question. There is simply no getting around it. It’s the number one thing people ask when you share your lung cancer diagnosis. (See here for more stories.)

I’ve just recently realized that it’s not enough to answer, “No, I’ve never smoked.” It’s not even enough to emphasize, “not even once – not even a single cigarette.” The stigma is so entrenched that even then, people immediately jump to an assumption I was exposed to second-hand smoke. So, I’ve learned I must add, “and, I have never lived or worked with smokers either.” Usually they follow up with something along the lines of, “but you’re young and healthy, so it must be under control … you’re going to be ok, right?” And I am obliged to respond, “Not exactly, it’s Stage IV.” It’s only then, when I’ve finally exhausted all the inquirer’s biases and false assumptions, that I finally get the appropriate response: shock, a little compassion and a hint of fear.

But, it’s not just bystanders looking to lay blame. In some weird variant of the Stockholm syndrome, patients do it to themselves as well. It’s common for smokers, even smokers who quit many years before their lung cancer diagnosis, to blame themselves for their disease, sometimes not even seeking appropriate treatment, even though smoking causes a whole host of other diseases and we don’t see that same kind of shame and stigma for other diagnoses (see Nancy’s story for one example of the difference between having lung cancer vs. breast cancer). And, it’s not just smokers that blame themselves for their lung cancer. I had lunch with a fellow never-smoker lung cancer patient recently, and she relayed to me how, about a year and a half prior to her diagnosis, she lost one of her children. It’s hard to fathom anything more devastating than losing a child, and so, she conjectured, perhaps the stress and sorrow of that event somehow suppressed her immune system and triggered her disease. She was blaming herself. I recognized this immediately because I’ve been there. 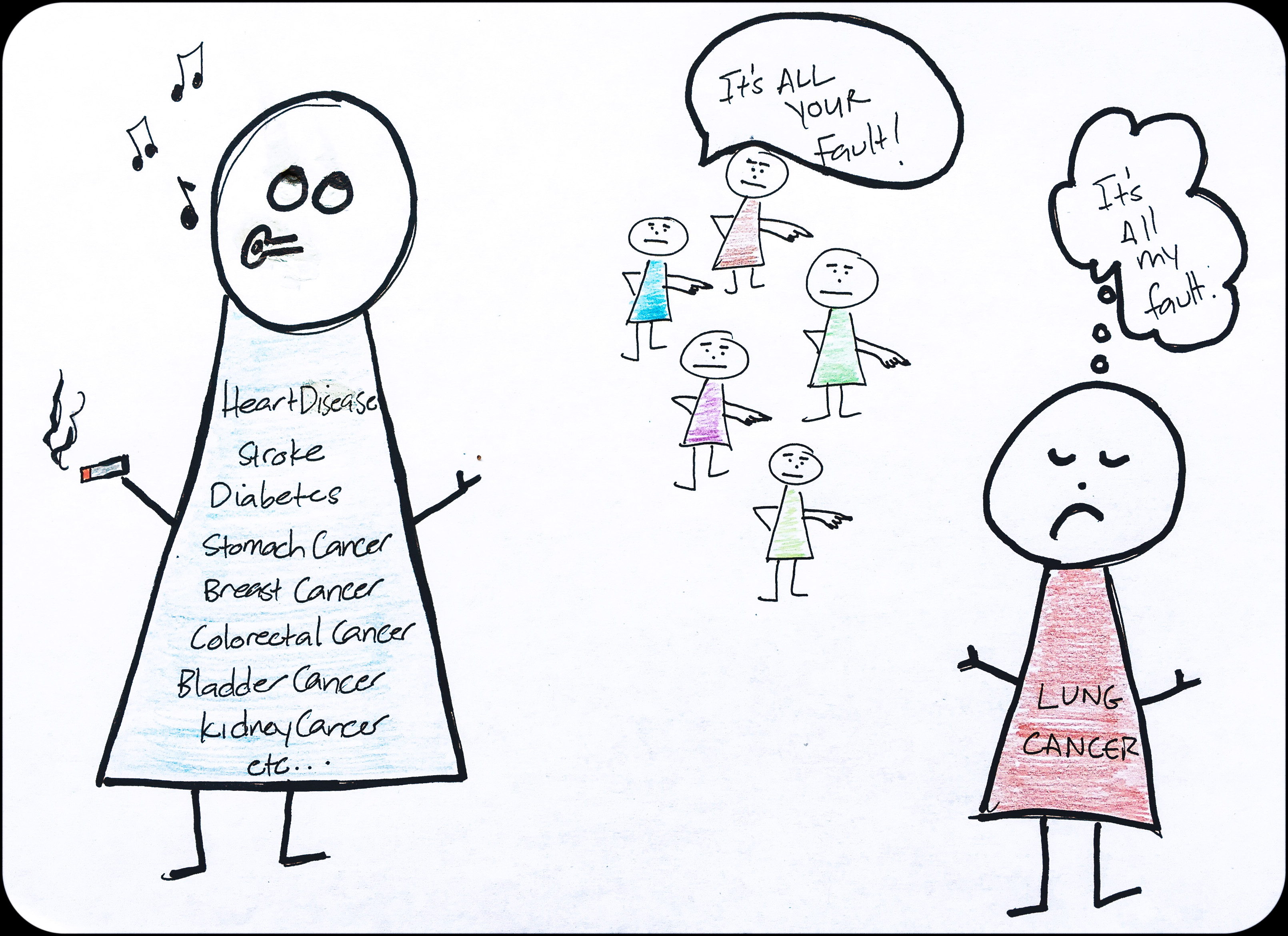 A few weeks after I was diagnosed, a very kind, well-meaning person sent me the book Getting Well Again (Amazon affiliate link). In the first few pages I read, “We believe that cancer is often an indication of problems elsewhere in an individual’s life, problems aggravated or compounded by a series of stresses six to eighteen months prior to the onset of cancer” and it sent me into a tailspin of self-blame. For months, I pondered all the ways I’d failed to properly manage my stress, all the instances of emotional upset in the prior eighteen months. In trying to find an explanation for the inexplicable, I blamed myself.

About nine months after my diagnosis, I attended a retreat for cancer patients and I brought this issue up in one of our group therapy discussions. Stuart, the group leader, let me off the hook. “Lisa,” he said, “I have been counselling people for half a century, and I can tell you that you did not cause your disease. I have seen people that are in absolute crisis, that never develop cancer, and I have seen people with only the most minor issues get horrible diagnoses. That doesn’t mean it’s not worthwhile to reflect on the past, and try to strengthen your tools so you can facilitate healing going forward. But that’s a very different thing than blaming yourself.”

This was a revelation to me. I don’t know why I got this disease, and that still makes me crazy, but I have let go of the blame and guilt. Interrogate me all you want. I never had any known risk factor besides breathing. There’s no reason I should have this disease, and therefore, there’s no reason you shouldn’t. So let’s stop the blame game and commence the cure tour, shall we?