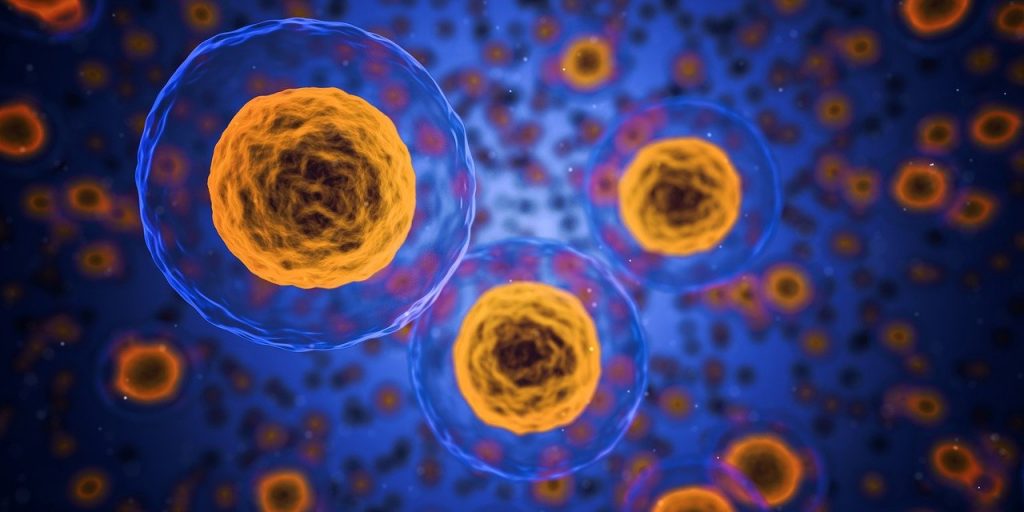 Last week, I presented a talk titled “Patient-Directed Innovation, Research and Clinical Trials” at the IASLC’s World Conference on Lung Cancer (WCLC). Originally, I was supposed to present this live in Singapore last August, but due to the pandemic, the conference was postponed and then held virtually last week.

The IASLC’s WCLC is the largest annual conference on lung cancer, with thousands of attendees. I spoke in the first plenary session, in a group with 4 other presenters, all researchers, and after our 20 min. presentations, we held a live group Q&A session. It’s great progress that IASLC now includes patient presentations in plenary sessions. When I spoke at this conference in Tokyo in 2017, I was placed into the “advocacy track,” which most doctors skip. My discussion in the more visible plenary session was the first time hundreds of oncologists heard about the importance and value patient-directed research can bring to the table.

For those who are interested, it’s possible to see my talk and the follow-up panel discussion on the website https://wclc2020.iaslc.org/ (requires paid registration, but the fee is waived for patients). My slide deck. I’ve also included the abstract below:

Thanks in large part to breakthroughs in biomarker testing and targeted therapy, many patients with advanced lung cancer are surviving longer. This extended survival period has enabled lung cancer patients to play a more impactful role in influencing innovation, research and clinical trials to further improve their outcomes.

One of the most obvious vehicles for patient-driven innovation has been biomarker patient groups. In 2015, a handful of ROS1+ patients formed the first biomarker patient group. Since then, many more patient-led oncogene groups have arisen. Besides The ROS1ders, there are now groups named ALK Positive, Exon 20 Group, EGFR Resisters, RET Renegades, ALK Fusion, KRAS Kickers, NTRKers, MET Crusaders and BRAF Bombers. These groups offer peer-to-peer support, typical of traditional cancer patient support groups. But, they also extend their reach into areas such as patient education, access to effective treatments and trials, and accelerating research — all highly focused on the specifics of each oncogene.

Although each patient group is highly focused on its own oncogene, the groups share similar priorities and motivations. All of these groups strive to add meaningful patient voices to the world of cancer innovation (beyond the historical patient role of passively participating in trials). Patient groups are now developing relationships and partnerships with researchers, clinicians, pharmaceutical companies, and other advocacy organizations to help address previously unmet patient needs.

In addition to adding their voice to the cancer innovation conversation, patient groups have valuable contributions to make. Patient groups often represent the largest collection of people with any given biomarker (greater than even the biggest clinical trials). As such, these populations can offer rich pools from which to collect specimen donations, gather survey data, recruit for clinical trial participation, execute registries, and more. They also offer a unique opportunity to generate “real world evidence” that can be highly useful for purposes such as making regulatory decisions about drug safety and effectiveness, supporting coverage decisions, developing clinical guidelines, informing clinical trial designs and developing new studies.

In 2016, The ROS1ders launched their first foray into patient-directed innovation. They worked with the Addario Lung Cancer Foundation (now GO2 Foundation for Lung Cancer) and Stanford University to survey and collect data from the largest group of ROS1+ patients ever assembled. As with all new endeavors, there was a steep learning curve to this shift in approach from viewing patients as passive study participants to active partners. While still a valuable effort, unfortunately, much of the data ended up siloed within the research institution, inaccessible to the patients and others. In 2017, The ROS1ders launched their second research-focused effort, “The ROS1 Cancer Model Project.” In this project, patients donated both funds and biospecimens. A collaboration with a researcher at University at Colorado through one arm of the study resulted in the creation of 9 new cell lines. These cell lines are allowing scientists to learn more about ROS1+ tumor biology, investigate resistance mechanisms and develop better biomarker tests. Learning from their first experience, in this second project, The ROS1ders placed more emphasis on sharing research information to accelerate progress and avoid silos. This dynamic of building trust, communication and partnership between the patient groups and scientists represents a meaningful paradigm shift in the world of cancer research that benefits both groups.

Following the example of The ROS1ders, the EGFR Resisters group has also executed significant patient-directed research. In 2018, they partnered with the LUNGevity Foundation on Project PRIORITY, a quantitative, IRB-approved, international survey, developed with input from patients, caregivers, clinicians and regulators. After surveying 350 participants in the largest ever real-world study of EGFR+ lung cancer, Project PRIORITY produced valuable information about demographics, risk factors, diagnosis and treatment, and the psychosocial impact of an EGFR+ diagnosis. This information differed from traditional clinical trial data because it included real-world patients who are often excluded due to factors such as brain mets, prior cancers or poor performance status. As a result, this patient-driven project revealed new insights into the EGFR+ population, which will influence future research.

Beyond large projects like the ROS1 Cancer Model Project, or EGFR Project PRIORITY, patient groups can also contribute in other ways. One example of a useful, albeit less formal, activity is collecting data from informal surveys within a Facebook group. This data can help give researchers quick feedback about areas that might (or might not) benefit from further study before investing extensive resources. Another example are patient-organized research summits that offer unique opportunities to young investigators to present their research, collaborate and receive mentorship from established experts. This creates a mutually beneficial environment where junior faculty receive support, while the patient groups are able to motivate and inspire interest in their specific oncogene. A third example is having patient groups partner with a CME to provide education during events such as nursing symposiums or ASCO poster walks, helping to introduce the patient perspective in ways seldom done previously. Of course, patient groups can also impact innovation and research by traditional fundraising efforts. Most recently, both ALK Positive and Exon 20 Group raised money to offer grants to those involved in research related to their oncogenes. Other patient groups are following suit. These patient funded grants are the result of patients who have been highly motivated by direct communications and relationships built with the researchers.

As the rapid proliferation of patient biomarker groups suggests: patient-directed innovation is swiftly becoming an integral part of the landscape of cancer research. This is good news. Paradigm shifts such as this can involve growing pains as we all learn how to navigate new practices, but the benefits are worthwhile. Granting patients a seat at the table allows them to better understand both the possibilities and limitations of research and how they can best help. Simultaneously, including the patient voice allows researchers to understand and work on issues that are important and meaningful to patients. Patient involvement provides fertile ground for win-win opportunities, and as such patient-directed innovation appears not only to be here to stay, but primed to grow in the coming years.

← Everything Happens for an Opportunity
Tori Tomalia: My Mentor, My Friend, My ROS1der Co-Founder 1976-2021 →