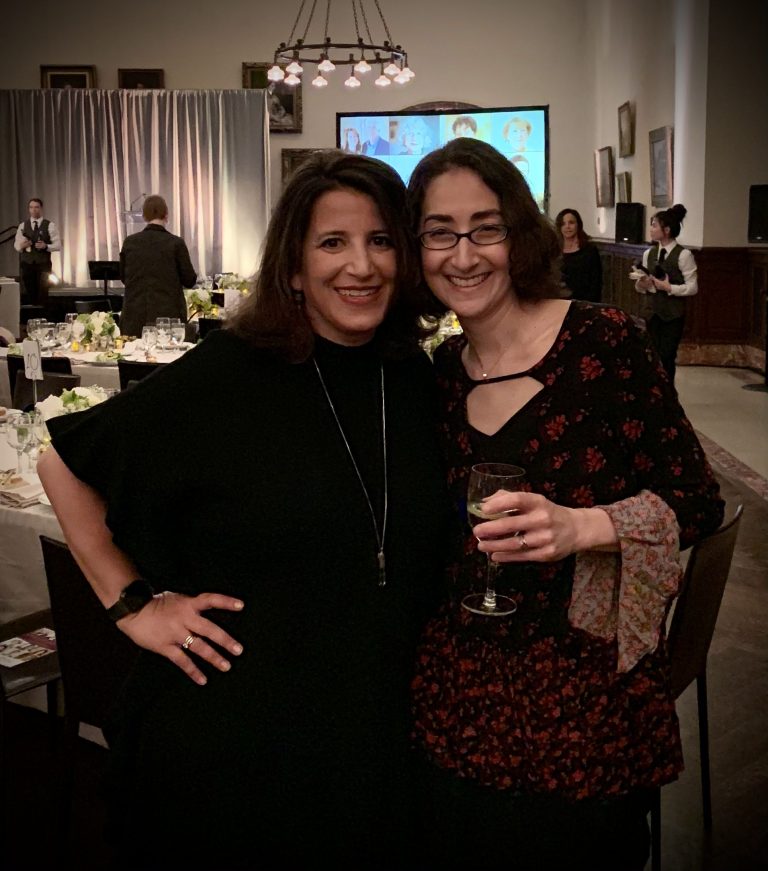 Although I spoke with Tori regularly, we didn’t get to see each other in person often (she lived in Michigan). This photo is from when she, Janet and I attended a banquet in NYC in May 2019 because The ROS1ders had been nominated for a special precision medicine award.

My friend Tori Tomalia died early on Tuesday morning February 23rd, and I’ve been a little numb. It took me hours to utter the words aloud, even to my husband, and the tears have yet to come. Honestly, I feel a little broken, unable to allow myself to feel. I’m impossibly sad, but I’ve also built up an armor that I sometimes can’t remember how to take off.

This numbness is making it difficult for me to write the post I’d like to write, the post Tori deserves. At 48 years old, I have more practice losing friends and writing memorials than I ever would have expected, but it’s still difficult, in different ways, every time. Nonetheless, I will try (and hope that Tori will forgive my inadequacies).

I met Tori in 2014. At first, since she had been diagnosed 6 months ahead of me (which was almost a literal lifetime given our survival statistics), she was a mentor to me. Then, as I caught up to her stage of treatment, we were peers. By 2015, we were co-workers of sorts, working together on The ROS1ders. Tori was truly special, and I always felt very lucky to have just happened to have the same diagnosis as her, someone whom I both respected and enjoyed. A few small memories that are popping up for me:

Many people know Tori via her wonderful blog titled “Lil Lytnin.” The blog title is apt because it feels like lightning struck when I met her and a few other ROS1+ patients. Together, this small group of patients launched what eventually became The ROS1ders (a name, of course, dreamt up by Tori, with her talent for creative wordsmithing).

The ROS1ders grew into a thriving organization, and we’re often asked by other patients interested in recreating something similar for their diseases, “how’d you do it?” Some of the answer is formulaic: administer a Facebook group, create a website, connect with top researchers. But some of it is luck and chance – a lightning strike, the right mix of people, at the right time. This is not something that’s so easy to replicate, and I’m really not sure if The ROS1ders would exist today without the magic alchemy provided in large part by Tori’s “lil lytnin.”  How do I tell other patients looking to form groups, “go find yourself another Tori?”

Although Tori is no longer with us, the spark she helped ignite, and then fan into a proper flame, will carry on. Tori’s spirit is woven into The ROS1ders, inextricably. It’s also woven into me personally.

When she told me she was going into hospice, these were some of the last words I shared with her:

I am terribly sad to know you are at this point. I admire you so. As much or more than any other cancer patient I have known. You have an energy of kindness, intelligence, caring and interest, and you balance this all without being too much of one thing or another. Neither too harsh and driven, nor too sweet and easily pushed-over. You’ve protected your space and fostered things that are important to you, and been able to shift that when needed. The ROS1ders wouldn’t be where they are today without you, and I wouldn’t be where I am in my process without your example either. I appreciate you more than you know. Sending you much love.

I never heard back from her. She passed away less than two days after entering hospice. She’s been such an important presence in my life for 7 years, it’s hard to imagine carrying on without her, but there is no other choice. I can’t help but think of the words Paul Kalanithi (quoting Samuel Beckett) imprinted on me, becoming a mantra: “I can’t go on, I’ll go on.”

May your memory be for a blessing, Tori. It was an honor and a pleasure being your friend and fellow-traveler on this path. I will miss you dearly.

For those interested in honoring Tori and helping her family, please see the GoFundMe campaign. 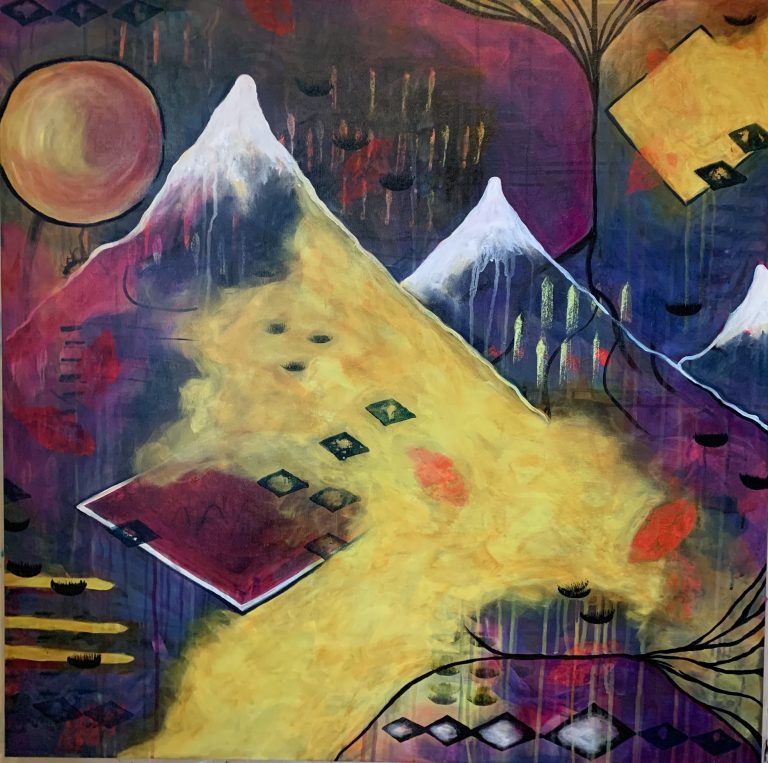 I painted this last week while thinking of Tori. I etched her name, as well as Marisa’s, into one of the layers. I was thinking of Marisa, too, because Tori had told me that her nurse in the hospital was named Marisa.