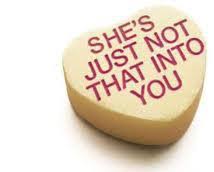 A couple of weeks ago, I shared with a community of fellow cancer patients that I had another round of good scans (that makes an 8+ years since I was diagnosed). Amidst all the cheers and posts of support, someone politely asked, “but are you NED?”

NED is an acronym for “no evidence of disease,” and it’s the holy grail for most Stage IV cancer patients. Since “cured” is, by definition, off the table for Stage IV patients, NED seems like the next best thing. We all want NED. I have a friend who, having achieved NED after a particularly treacherous journey, threw a party featuring a blowup doll officially christened “Ned.”

An oncologist tried to explain this to me once. It was about a year after my diagnosis, and my scans were looking good, but still showed a few stubborn nodules. I felt desperate to get them out and get to NED. I channeled Lady Macbeth, pacing in the exam room thinking, “Out, damn spot(s)! Out, I say!” My oncologist tried to reassure me, “Lisa, a lot of patients get hung up on ‘NED,’ but there’s not necessarily a correlation between achieving NED and survival time. You’re doing great. Don’t worry about it.”

Stupid, patronizing, doc, I thought – what did they know anyway? I mean, yeah, they were a genius chief of thoracic oncology at one of the top research hospitals in the world who’d treated hundreds of patients over decades. But I’d been at this for, like, MONTHS, now, and I knew I wanted, ney, needed, NED. Sexy, sexy, NED.

​​But of course, the doc knew what they were talking about. I’ve never fully gotten rid of my spots. Every single scan report I get mentions them. But – knock wood – I’m still here and doing remarkably well. Meanwhile, I’ve seen so many patients come up after me, achieve the prized NED, and then experience a drastic recurrence, sometimes dying just months later.

How is it possible that someone like me, with visible spots, can fare better than someone who is NED (no visible spots)? Well, cancer cells are microscopic; scans can only detect them when millions of them have collected and grown to a few millimeters or more. So, just because cancer isn’t evident on a scan, doesn’t mean it’s not there. And, it turns out that some spots can stay stable for years (or might even be something non-cancerous like scar tissue), while other spots can mushroom from undetectably microscopic to life-threatening in a matter of weeks. Achieving NED for a snapshot in time is not a reliable indicator of whether a patient’s spots fall into the former category or the latter. Sexy NED, it seems, can be an unpredictable bastard.

So, sure, it’d still be lovely to have perfectly clean scan reports. But, I’ll take thriving for 8+ years with imperfect reports over an unreliable NED any day. I’m a grown ass lady who’s doing pretty well alongside her damn spots. I’m just not that into NED anymore. I’m doing fine without him.

← The Not Really Terminal Terminal Patient Put in the Wrong Terminal