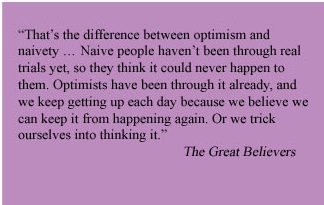 In the last few months it feels like I’ve shifted into a new phase of life with a Stage IV lung cancer diagnosis. In September, I surpassed 5 years on a medication that has a median effective time of 18 months. I am waaaaaay out on the tail end of the curve. Even as an administrator of the largest community of ROS1ders anywhere, I know less than half a dozen people in the entire world with my diagnosis who have been on my medication as long or longer than me.

I’m not complaining — I don’t want to be anywhere else on the curve!! But it is oddly isolating, way, way out here on this ever-narrowing branch with this ever-dwindling number of fellow-travelers. My doctors keep telling me the branch will break at some point, and the longer I’m here, the closer I am to that breaking point, prompting the doctors to be more and more vigilant with me, rather than less.

Intellectually, scientifically, I know the doctors are right to increase their vigilance. The threat is real and scary, and I get annoyed when so many people misinterpret my extended good fortune as me being out of the woods or even cured. Yet, secretly, I am guilty of indulging in that fantasy as well. The truth is, it’s hard not to get a little comfortable out here on this lovely, narrow limb. As I drift ever closer to a likely recurrence, I also log more and more days, weeks, months and years without one, strengthening my ability to, paradoxically, feel positive and hopeful for a miracle. I’m not naive, but I have managed to trick myself into an unlikely optimism. I’m locked in a positivity paradox. And, frankly? Like my husband often says: I’ll take what I can get.

Update #18: I just logged another good CT scan and brain MRI. I have much to be grateful for as we approach this holiday. Happy Thanksgiving everyone.