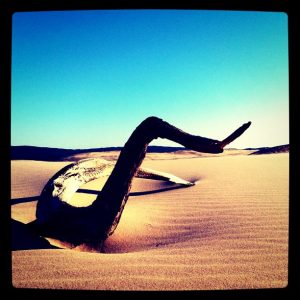 Three days after my last scan, I went in for my monthly labs. I wasn’t worried because my scan had come back unchanged from previous months and I thought I was in the clear for another 12 week interval. Of course, the universe likes to throw curve balls when you’re least expecting it.

Labs are generally far less significant than scans, and most of my labs are run-of-the-mill metabolic panels and such – nothing I’ve had to be too concerned about. However, a few years ago, my doctor added a CEA measurement to my monthly labs. CEA is a cancer marker usually associated with colon cancer, but can also sometimes correlate with lung cancer. Cancer markers can become elevated in the blood when cancer activity ramps up and thus serve as a tool to monitor cancer progression. Markers like CEA are far less precise tools than scans, but they can potentially catch activity before it becomes visible on a scan.

Testing for CEA is not the standard of care in lung cancer. It doesn’t correlate with cancer activity for all LC patients, and even for those whom it does correlate, CEA is what’s known as a “noisy marker.” “Noisy” means that other types of inflammation besides cancer activity can cause it to fluctuate. It makes sense that most doctors choose to pass on a tool of dubious utility, especially when there’s a risk of alarming a patient unnecessarily. I understand this. But, from day one of my diagnosis, I have always wanted to be aggressive, using all tools available to keep on top of possible disease activity in order to maximize treatment options.

I never gave much thought to the concern that the CEA results would cause me excessive alarm, but that’s exactly what happened. The doctor strolled into the exam room to deliver my lab results, and instead of her usual “nothing to worry about,” I got “I am concerned about this CEA number.” She said other things after that, but I’m not sure what because all my blood rushed to the surface, my cheeks flushed, the room suddenly felt as hot as the sun. I nodded and nodded and nodded, agreeing to whatever it was she asked of me, hoping it meant I could get out of the room faster.

I’m sure she was quite moderate, assuring me that this is not dispositive of anything, that I shouldn’t freak out. Too bad. I was already off to the races. If this is cancer activity, that means I need to have a plan, but I don’t, there’s still no good options after the medication I’m on, I could try to get into this one trial, but that’s like winning a lottery ticket, what am I going to do?, my kids, my husband, I still haven’t finished sorting my photos, shit, shit, shit…

I went home and crawled into bed and assumed a position that I hadn’t in about 4 years, but which came back to me in an instant: fetal position, staring at the wall, contemplating mortality, feeling so anxious I actually lost my appetite (for me, appetite loss is reserved for absolute PEAK anxiety). I gave myself a couple of hours of that and then started marshaling more functional coping mechanisms. I called my friend who does reiki, I took a walk on the beach, I met with my therapist, I set two new PRs riding my heart out on my Peloton. When my appetite returned, cookie dough may also have been involved.

I’m feeling a little better this week. Nothing has really changed. The CEA is still lurking out there. I have to go for my monthly labs again in a couple weeks, and my doc switched my next scan in June from a CT over to a PET (ugh). Fear is up and I just have to get really good at sitting with it.

There’s a story someone told me about a Buddhist monk who was sitting in a dark cave meditating over night. He saw what appeared to be a poisonous snake in the shadows a few feet away, and he had to sit still with his fear of it for many hours, contemplating the danger it posed, all the ways it might strike, what he ought to do about it. In the morning light, the monk saw that the snake had only been a stick the whole time.

Is my CEA a snake or a stick? I don’t know yet. It’s so very hard to sit here with that lurking in the shadows. But, for me, it’s worth it. While it can be scary, I still want to be aggressively proactive. It’s not easy, but I can do this. I can be the monk who sits with something that may be a poisonous snake. Can you help me pray that it’s only a stick?